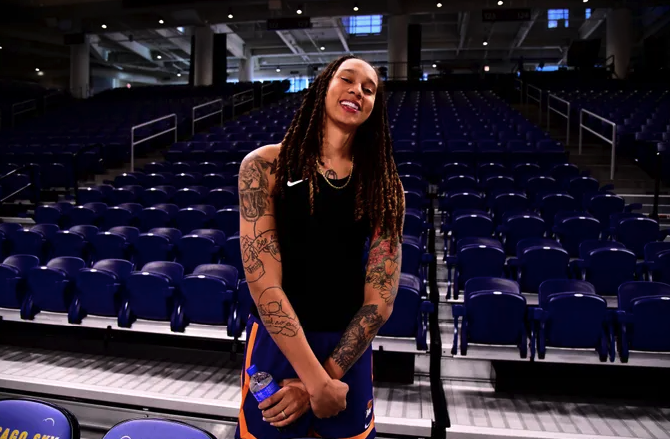 Anna Delvey Should Be Released…In America, Like Nada Venkiene Should Have Been – To #Russia With Love, Canada and #Ukraine

I know it sounds strange, a Black woman advocating for yet another white woman who doesn’t know me, but I am. I am advocating for every single woman being held by ICE in an American jail cell because women deserve to be free.

We have spent centuries fighting for our freedoms, only to be told that it’s okay to be free as long as you’re rich and white. Whelp! A lot of rich, white American women, are finding out that’s not true.

In an article posted for The Daily Mail, Anna Delvey details the issues that women of color face in the system that is designed to keep them away from safety.

What she doesn’t speak on is women getting raped in ICE cells, either because she doesn’t know, or she’s only allowed to say so much I can’t be sure of, but what I do know is that like the women in those cells, I too, and a survivor of behavior that could only be compared to white supremacy, I understand what it feels like to have to be a bad guy, so you can turn around and see how bad you fucked up.

I used to think that being the good guy all the time got you everything – but the truth is that it only gets you as much as those who admire you will let you have. I’ve not always been the good guy, but I’ve never been so bad that I set innocent people up to take the fall just to say it wasn’t me.

Anna Delvey took a lot of money from a lot of people – whether or not they were good or bad is irrelevant because she broke a law. But here’s the problem.

The US Government breaks laws all the time and then they say that they can’t talk about it because it’s in the guise of National Security. Sure, fine, I’ll buy that, I’ll assume that for my safety and the safety of those I love there’s shit that I can’t know.

I don’t believe taking the poorest people on the planet, locking them in cages and treating them like animals, and throwing pizza at them which often lands on the floor, not at a table, is probably not in the best safety of myself and those I love, or they love or so on.

Were Anna’s crimes harmless? Absolutely not, but what were Neringa’s? She came to the country illegally, and why? Because her niece was being sold as a sex slave – by her sister-in-law, in another country and she was fighting deportation on the chance she might be murdered for speaking about it. Just because it hasn’t happened yet, doesn’t mean she’s safe. She’s just safe for now.

My language proficiencies overcome those barriers and I have tried to help people who have no idea what to do once they land here. However bad I think my situation is, I know others have it far worse.

There’s a poster on the wall by the phones here, offering inmates a long list of help hotlines. Sometimes people ask me to call for them and translate.

The numbers that still work are always answered by recordings, though: Offices only staffed one day a week between 2 and 4 p.m., one is closed indefinitely due to Covid, another represents only non-detained immigrants. Leave a message and no one ever gets back to you.

I checked just the other day to see if anything had changed recently. First, the City Bar Justice Center advised me to ‘press 1’ if I was a minor, ‘2’ for abused woman or crime survivor and ‘3’ if had a fear of returning to my country of origin. I tried ‘3’ and was told no one was available to take my call.

The Legal Aid Society, the American Bar Association and Catholic Charities yielded no actual human being or ability to record messages.

Women like Anna are in a unique place right now. I believe that Anna has learned her lesson, and I believe that women like her need to be released. Now that you’re reading this you’re asking why I haven’t advocated for women in prisons before.

I have. I have been advocating loudly for Neringa for nine years probably more actually if I’m honest, I called the UN Nations, the State Department of the USA, I called every number including the Romanian and Lithuanian Embassy, but both hung up on me, UN said there was “nothing” they could do, and the State Dept. worked their asses off to protect Neringa, and to ensure her safety.

Anonymous did the hard work for the years before that, compiling evidence for her lawyers, for her defense, they worked their asses off too.

Anna Delvey should absolutely stay in the USA, if only for the very reason that there are a lot of good, VERY good reasons that her story may be truer than you think.