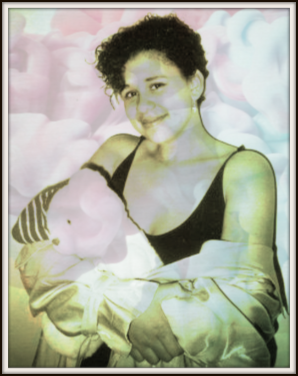 My youngest self has been through a lot. At thirteen I wanted to be a model, I had plans of joining Tyra Banks on the cat walk and being celebrated as the next great Mulatto Creole future model of the world.

I had visions of Paris and Milan, California and of course my beloved Boston, but more importantly than that I had dreams. I had a vision for my life at thirteen that I realized at eighteen was never going to come true.

At eighteen I titled my “Deviantart” ID Card “The Tale of Woe”. I had just left high school without graduating and I knew that the plans I’d once had for my life had long fallen apart.

I’d gotten comfortable in the darkness and refused to believe that life was going to get better, because frankly living in Surrey, British Columbia is just fucking weird, even without Creole Majick at my hand. I knew that no matter what I was going to be successful at something, I just didn’t know what. Enter Allen Garvey who I met while Role playing, we’ve lost contact over the years, but between him and Barrie Hall I am the writer I am today because they existed in my life and challenged me to think of fantasy as an adventure rather than just a game that nerds played online.

I met Allen when I fell in love with a character named Syrenia who was the biological daughter of Draven Valmonte, a Vampire who was forced to work for the Government in a secret dystopian future that very few people saw coming. She had an aunt who happened to be a Fallen Angel named Ashanka, a lunatic aunt named Chenelle and a best friend in Jacklyn who made lunacy look like a day at the spa.

Her world was well rounded and her boyfriend Kame was just as nutty, he once tried to blow up a police station just to prove he loved her – still not sure how that worked. Her story has stuck with me all these years because it’s the story that reminded me what it was I liked about writing with a partner, knowing that on the other side of the computer connection someone was trying to match what I was writing without having a plan in mind. 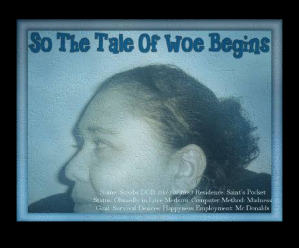 That’s why I’ve struggled with writing on my own for so long, because my favorite stories always came out of writing in groups. At eighteen the world at my finger tips I had no where to go and no idea how to get wherever it is I thought I might want to go. At thirty-six I am a strong confident woman who doesn’t mind admitting that she needs help and has a whole tribe of people willing to help when the time comes. Which is to say…when I ask for it.

I’ve always been fascinated with the process of aging as a woman, but it’s only just now that I realized exactly how lucky I am to have been born a woman, knowing now that somehow even though I wasn’t thrilled to be eighteen, I always had big dreams for my future that were leading me here to this place, to being the original Loud Mouth Brown Girl that I am today without feeling the need to apologize for letting myself be free to make the mistakes I need to make.

Not too many days ago I pulled a Tarot Card, it was about the Lady of Spirit, who reminded me that when we settle back and just let things play out however they need to, she is always there to guide us along our journey. The last few posts have been sad and a bit angry and that’s not the kind of person I am.

By nature I am a fun loving friendly person who gets along with most people if I put some effort into it, I don’t have enemies, though I do have a lot of people who think they know what’s best for me. The thing is, that although we think we know what’s best for someone else, sometimes we have to let everything play out, we have to let them make their own mistakes and we have to be there to catch them when they fall, instead of judging them for their mistakes.

This mentality did not come over night mind you. As a child I would point something out as Racist and be told over and over again “you just don’t understand the humor.” Maybe I don’t, but then again I never thought racism was funny, and that’s largely because I experienced it from all sides.

I did not become the Loud Mouth Brown Girl by choice, I became that way because I had no choice. I grew up in Alberta with Hell’s Angel’s on one side and a literal Army base on the other. Mostly populated with people who were white, and yet here they were, Soldiers of War, no matter their colors and they all loved me. In Alberta I was mostly safe from sexual abuse, -mostly-.

Largely because I went to a school filled with kids who were Army Brats, and no one was stupid enough to mess with the child of a man in an Army. Regardless of what colors their parents wore, we were mostly safe from adults touching us in places that weren’t okay.

When it did happen there was always a mix of Cops, Soldiers and Angel’s looking for the culprit, so we stayed largely connected by the fact that the parents watched out for everyone’s kids, just in case.

In British Columbia I was raised to believe that my life mattered by my mom, and simultaneously trained to believe that my body was entirely at the disposal of any man who decided he wanted to use “it” for his purposes. I say it, because between the ages of sixteen and thirty-four I was an “it”. A sex doll that any man was allowed to play with no matter what I felt I really wanted. 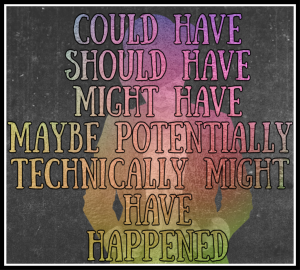 There are a handful of men who tried and failed miserably to be The Guy that protected me from the darkness, but that’s because by the time they found me I was far too sexualized to believe I deserved better, far too spiritually and emotionally broken to continue trying to stand up for myself.

It’s taken me years to unravel the darkness that came with being me, to unravel the hidden memories and broken shattered parts of myself that I referred to as my “mirror self.”

Largely because inspired by so many of the kids and parents I grew up with in Calgary, I created an alter ego deep inside my brain that allowed me to continue living in the darkness as if nothing bad could happen to me. I’ve told you about the story of Siddha Lee Saint James, but what I haven’t talked about is her history. In this Digital Book you’ll learn all about her, the world that I created for her, and the friends, family and allies that helped her along her journey and on mine.

Many of the characters have stories that span centuries and decades wrapped in the folds of history because I have always been a fan of history and literature and the majick that happens when you are able to combine the two.

You’ll learn all about the House of Krisya Ohana from the Island of Samoa to Salem Mass. and back, I’ve based many of these stories in the cities of Vancouver British Columbia and Surrey BC because this is our home, it’s where we live and it is where Siddha inspired so many of my friends to gather around me and save my life in a very real, fantastical and majickal way.

I’m luckier than most women who have been abused in that I have found a creative outlet to deal with my pain. This is my painting, it’s my novel, it’s the first tattoo I’ve ever created. It is everything and anything that makes Devon Jessica Hallgate tick and it is done in love and in hope that I won’t be turned into another Brown girl who had potential, but died at the hands of a violent man. 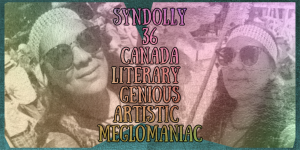 In this day and age, I am doing everything I can to save my own life caused by the damage that is the hand of man, while also learning that while not all men are evil, all men hit when they get the chance, because “hitting” I have learned is never about the act or the word, but about the power to cause pain in the same people they claim to love.

Not all men hit, and not all women get hit, some times women hit too, with our words, our actions and our bodies, and it is my hope that this book, and album inspires you to find another way to deal with your pain.

If you or someone you know is experiencing the pain of Trauma and Abuse I highly recommending seeking help, especially from those who you think won’t help you, often times it is those we believe we cannot trust that are most willing to listen to our stories. 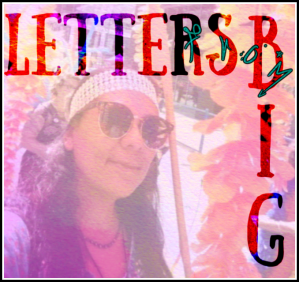 This book is dedicated specifically to Fluffy and Dragon, both of whom refused to forget that I exist, and came back to be my friends and listen…more importantly, to hear me when I honestly thought there was no way either would. I didn’t deserve the kind of love I’ve received over the last year and a half, but if there is anything I’ve learned it’s that those who think they deserve the least are often gifted with the most.

More importantly than any of that, I’ve finally learned to say no with the kind of power I should have felt years ago. I can say no to things, people and places now, when ever I want, without asking permission first, because this is my body, my life, my site and my Digital E-Book.

To the City of Surrey, BC you can talk all you want about how violence in the city statistics are saying that violent crimes are going down, but you have to acknowledge that it might just be because women are still not coming forward.

I’ve been labeled a rat for some of the things I’ve posted on this website, and still I sleep like a baby with my head held high because I know that I’d rather be labeled a rat than be a punching bag for the rest of my life.

Sending all my love to my Sisters in Surrey and Abroad,