The following letter came in recently, we have no idea what the fuck this person is talking about, but it was curious enough to post it.

Turns out that that whole Sunnydale being the center of the Universe thing wasn’t entirely wrong. Turns out it’s one of several Hell Mouth’s around the globe. If you happen to live in Vancouver British Columbia you’re fairly decently far enough away. If you live in North Delta however, well the news is less great.

Turns out that crap pile is built on the center of another Hell Mouth, and directly opposite is the Gateway to Heaven, we know this for a fact, we fucking checked.

Turns out you have a whole bunch of Super Hero’s, from around the globe willing to help fight off the vampires, demons and Jesus Mary and Joseph, the Witches trying to OPEN the fucking Hell Mouth in North Delta.

They almost succeeded, but thanks to Elsie McFadden, and Siddha Lee Saint James, they failed miserably. So that’s cool and all, but um did you all happen to notice that Channing Tatum was here in Vancouver in Surrey? Way back in December? yeah, exactly.

Turns out that Joss Whedon has been running his mouth to anyone who would listen about world’s colliding and all that shit, and now they actually have. It also appears that certain things posted on this website, were said to out a far worse crime.

It’s genuinely accepted that Surrey is a weird place, but I’m not so sure I’d go as far to say that “Anonymous” has hacked Surrey, British Columbia. I’d say that they have most definitely hacked the planet, so it’s no surprise to hear that they might officially be in Surrey.

It will be more interesting to see if Anonymous shows up at Pride this year, they were supposed to have a float a few years ago, but the people who volunteered never showed up and a shit ton of money went missing, I know this because the thousand dollars I raised went to a much needed vacation after trying to get Anonymous to pay attention to Surrey.

I’m hoping that this year they got their shit together, and are planning something epic for Pride, especially and largely in part because it seems to be that a war has been spreading against LGBTQ folk …. again. As if it ever ended, I suppose.

It’s brought to home about two women in London who were beaten up for choosing not to kiss for the amusement of teenage boys.

The women in Lisbon who are raped and beaten into submission by men, because they love women, or worse…themselves.

LGBTQ and Androgynous are outlawed in Russia – let me ask you something, how the fuck you going to outlaw a human being? To this day Russia and countries that refuse to acknowledge love as a basic human genetic need, are responsible for countless murders of innocent LGBTQ men, women and children.

In Canada, there are still case studies of children being abused at home because they are born with the understanding that if we are all created by God, than we are all lovable, regardless of who we love or what we look like, what bodies we come in and what we choose to do to make those bodies feel more like home.

It’s not enough to say Republican’s vs Dem’s any more, or Liberals vs Conservatives, there is a genuine spiritual war being fought and it’s fascinating when you sit back to really see how both sides think, to see how all the pieces fit together.

Yup, I get it, God vs Satan, Human’s vs Evil, I totally get it – in every way that counts we are fighting against devil’s trying to destroy everything about ourselves, to prove that we really do believe in God.

How about we enjoy stopping for a minute and celebrate.

It’s easy to sit back and say “well the devil is fucking with me today,” when shit goes wrong, but do you ever consider what happens when you start fighting back?

If you can seriously go to Pride and feel nothing but hatred, than the Devil has your soul and I feel for you, I understand your pain, I understand why you feel the want to hate us, but I will fight against you by showing up and doing the fucking thing.

It’s exhausting I know, to keep ranting and raving about this kind of stuff, but just remember while they continue to fight for their stupid Straight Pride Alliance, which is really just a big “I feel completely inadequate because I don’t understand why it’s not always about me” day, we get to celebrate how many people around the world love us.

Because we choose to remain in the moment, even when everyone else tells us that we should want to be happier with someone or something else.

On the day of Pride, if you can, take a moment to look around you and be grateful that you are standing where you are, because in that same spot some time long ago, life might have been very different for someone else.

Someone might be in jail on gun charges, having let a girl say he was a rapist until the truth could come out, because it was most definitely a lie. Someone who is straight might be at that parade, laughing and dancing while at the same time, wishing that same boy in jail was with her, with their children, he might stay in hell so she can go to heaven for a little while. So while you are at Pride, celebrate, laugh, pray to God, or Goddess, but just remember that love is broken in some places and hidden in others, to protect those still in the shadows.

Stand in the light and love strong, pray Anonymous shows up this year, because the day you see Anonymous marching in and around Vancouver, is the day you know that Love will always win.

The Anonymous Authors of Anonymous 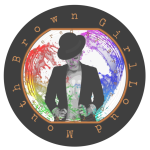 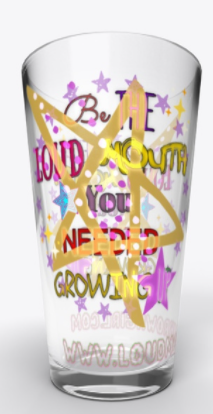