When I was about five years old, I met a baby, and I promised that baby I would love him for the rest of my life no matter what. As it turns out that baby grew into a man, who ended up being one of my rapist in my later years. It took me years to acknowledge this, because the memory of meeting that child and making that promise had been a secret between me and him, so secret that he didn’t even know about it until the night he raped me.

I never forgot that lesson, because not only did that man grow up to rape me, but so did his friends, and to this day his friends and he, like to talk about how disloyal I am.

Excuse me while I pause to laugh.

I am not laughing because I think the situation is funny, I am laughing because I am tired of these grown ass men expecting that we’re going to continue to be loyal to men, and people for that matter, who treat us with less consideration then they treat garbage.

Everyone who’s ever heard a rap song thinks that loyalty is absolute. The thing about loyalty is that it is fluid, it comes and it goes, it shifts and it evolves, and the more you treat people like their feelings, wants, desires, and needs don’t matter, the less loyal they are going to be.

Every villain in the history of the world, in all the written stories, knows that at a certain point someone is going to decide that they are tired of being treated like crap. Being treated like crap is the origin story for a lot of people, when you’ve had enough of the bullshit, you eventually get to the place where you start standing up for yourself.

Literally every human on earth has had or will have a moment where their brain says “no, fuck this shit, I deserve better than this,” and that idea of loyalty is going to go out the window and there is nothing that you can do about it.

Being arrested was a part of my origin story but it wasn’t the full package, a big portion of my origin story as the Loud Mouth Brown Girl, was coming out and talking about all the people, places, and things, that had traumatized me over thirty-four years of existence on this earth.

I came out in the very beginning and I named names – some correct, others incorrect – of people who had abused me, and I didn’t give a fuck what they had to say about it. I faced the music when they saw me on the street and called me a liar, or told me that I was crazy and for a moment I looked at these men who had abused, raped, tortured, drugged, and beaten me, and asked myself “what the fuck am I loyal too?” A friend had asked me that a few years ago and I honestly didn’t have an answer.

These men treated dogs better than they treated women, they beat us, raped us, tied us up, abused us, drugged us, tortured us, sold drugs, and acted like we should just go along with their behavior because they were men and we weren’t, and for a long fucking time we did. I was the first, and continue to be the only girl in my former circles who came out and said “Nope, not doing this anymore.” With a capital N, because I was legit done.

There are women in Surrey who will never talk to me again because I came out to speak about the men who abused all of us, because I shared my story, and there are men in this city who would rather I took a long walk off a short pier than continue to talk about what happened, and it’s specifically because no one in their lives had ever told them “no” before.

Abusive men are men who are damaged to the core, yeah I get that. They were hit/beaten/raped as children, they were abused, they were traumatized and no one ever taught them how to deal with that trauma, I get it, but it doesn’t mean that they are allowed to traumatize me on their journey of healing.

I will no longer allow men, or anyone for that matter, to question my loyalty, because you don’t have the fucking right. Question yourself first. How do you treat me? Do you yell at me? Do you tell me that I owe you space in my platforms and in my life simply because you exist? Or do you make a concentrated effort to keep me in your life?

When you question someone’s loyalty, you best be prepared to question yours first. People are loyal to those they trust, believe in, and respect, and if you aren’t doing everything you can to earn their loyalty, you can’t blame them for turning their backs on you.

When we talk about loyalty we’re talking respect. If your fist has hit my face, or the face of someone I care about, I might be loyal to you out of fear, but the moment that I see a way to escape your presence in my life, I am going to take it. That doesn’t make me disloyal, I was never truly loyal to you if I had to be afraid of you. If I had to hide my true self from you out of fear, out of shame, out of this antiquated idea that I should be loyal to you because you have a penis.

For a lot of years my loyalty was based on the idea that I just wanted to be loved, I just wanted to be protected from a world that was constantly trying to kill me, and it shifted depending on who was in my circle, I was the most disloyal version of myself when I was in my twenties, because so much of my life back then was wrapped in fear, guilt and shame.

These days everyone knows where my loyalties lie. They lie with myself first, if it doesn’t enrich, or enhance my life I want no part of it. If it doesn’t make me feel good, if it rips at my moral compass, then I am mentally checking out, and chances are high that I’ve already mentally checked out long before you’ve realized that I am gone from your life.

One of my best friends in my twenties was a white woman, a beautiful, powerful in her own right white woman, but the truth is that we weren’t really friends. I loved her and I believe she loved me, but we both had one foot in and one foot out of our relationship, just in case something happened and we had to part ways. Both of us had been hurt in the past and throughout our entire friendship we were constantly worried about being hurt again.

So there was always an easy exit and we both agreed to it, that’s not friendship. It’s a relationship built on the idea that eventually the other person is going to hurt you, that’s not healthy shit, that’s fucking miserable. It was awful inviting her to things that she never showed up for, or being excluded from her life, because she was afraid I “might” hurt her.

And yet for years I called her friend because it was nice to have someone to call when I needed to talk. The thing that I realized however, was that the only time she was truly supportive was when things were going to shit in my life. When things were going good, she was nowhere to be found.

When I finally called her to ask for her help, I tried to explain that I was asking for her help, and instead of letting me finish she ripped me a new one for never asking for help. I laughed at the time, but it was a sad life, because she showed me that she was never really going to be there for me, our friendship ended with that conversation. No hard feelings, just time to cut my losses and move on.

Today I have my budsista’s, and not a single one of those more than six hundred women would ever allow themselves to be loyal to someone who is going to emotionally or physically or verbally beat the crap out of them. Each of us understand that we have to be loyal to ourselves first, before we can be loyal to anyone else.

My mental health is more important than whether or not people in Surrey, BC think that I am loyal to their darkness, the truth is that I am not, and I never have been. I have almost always just been trying to survive so that I could get to this point where I could finally be free of the shit storm that was my life. Now that I am here I am never going backwards.

When I think about how want my daughters to be treated, I know that I have the right to expect that I am treated the way that I want them to be treated. With tender loving care, with respect, with kindness. I try my best to spread those ideas around the world, and sometimes I just flat out fail at it. Sometimes I am not the nicest version of myself. Sometimes I fuck up, we all do, but I don’t deliberately set out to hurt people.

That boy that I promised I would love forever, grew up to be a man who raped me, who deliberately set out to hurt me, and he and his friends have the nerve to expect loyalty from me after that? Are you nuts? Do you have a blind spot when it comes to me?

The rules have changed. The rules changed the moment that piece of shit put a needle in the ass part of the Angel on my arm and laughed while saying “ha ha ha, look at me putting a needle in the ass tattoo of Angel’s piece of ass.” No I don’t owe you my loyalty and I will do everything in my power to make sure you never treat another woman or girl the way you treated me.

That’s my responsibility now, so you can either get the fuck out of my way or get in line, but either way, don’t ever expect loyalty from someone you’ve treated like crap.

You can’t be a dishonorable jackass, and expect that people are going to want to be around you, that is not how any of this works. People want to be around people that make them feel good, that lift them up, instead of tearing them down.

If you want loyalty, earn that shit, or shut the fuck up.

Sending all the middle fingers to those expecting loyalty without giving anything in return, 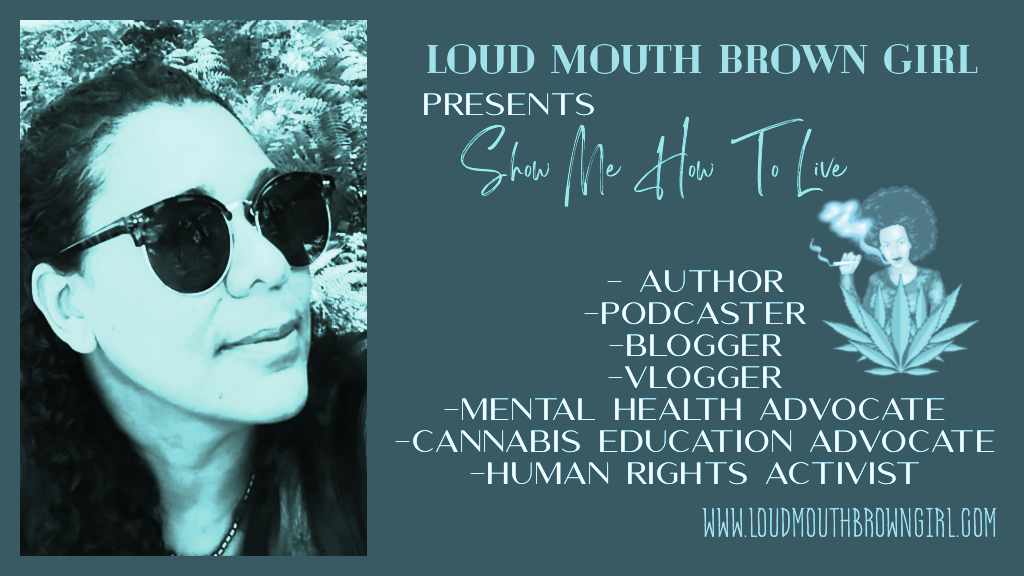