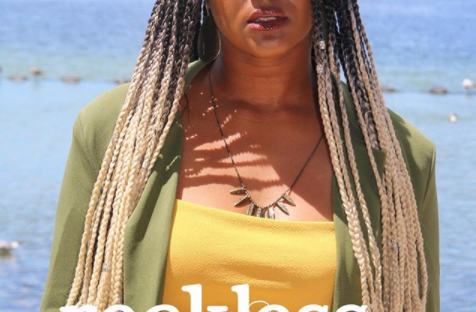 I remember at twenty-six, freaking out about turning thirty because although I had a good job, I was utterly miserable, and I didn’t know what I wanted to do with my life. I certainly “wanted” to get married and have kids, but not really.

In reality I knew that I was supposed to want to get married and have kids, but I was too busy living my life. Having fun, or moments of fun, learning from other people’s kids about how to be a better ally.

Now that I am three years from forty I am counting my blessings and realizing that I have come a long way since I was twenty six.

I realized when I saw this A MAY ZING show called Reckless Behavior, that I resonated with every single character. I wanted what some of them had, and I understood where others were coming from, and I’ve never had a show like that before.

So today I sat down with the shows Creator, Producer, Writer, and Director Michaela P Shelton to discuss the show and all things that go with being a creative and y’all I was NERV OUS!

Like legit I was sitting here an hour before we sat down to do our interview and I thought “she’s going to be super famous one day, like Beyonce famous.” I can feel it in my bones, because her writing is that fucking relateable.

I was so nervous and I know it comes across that way during the show, because there are lots of gaps, but I just loved that I got to speak to another Black creative woman about taking the step from being a “Blogger” to being a “Producer.“

While that’s not the route that I am planning to take, it’s interesting to see someone else take that path and to see where they have landed. It’s really cool that Michaela found herself starting with a blog before moving into the massive arena of television.

Yes I have a fictional blog, and I’ve certainly thought about what it would be like if I could sell it and turn it into a movie, but I haven’t ever thought “but I’d like to direct it, I’d like to produce, write, and star in it” largely because I didn’t believe that I could.

That’s why what Michaela P Shelton is doing is absolutely revolutionary. She is breaking boundaries, throwing shit up in the air and putting it back together her way. She’s proving that you don’t have to wait for Hollywood to come calling before you follow your dreams, you can build your own God loving table.

One of the things that I love about Reckless Behavior, beyond it’s relate ability, is the fact that there is such a wide range of colors. Colorism is not touching this set, and it’s beautiful. There are dark skinned characters, light skinned characters and characters in the middle.

I love that I am seeing someone younger than me, doing the things that I didn’t think could be done, teaching me. I think that is absolutely fucking amazing.

The show itself is absolutely brilliant, told from a Black woman’s perspective, about Black people, real life stories are involved here. There is a stalker character, a dead character, a character that has too much sex and too little sense. There are characters that every body can relate to.

I was feeling a little overwhelmed today when I looked at the number of people who have applied to be on Comfortably Uncomfortable Conversations, but speaking with Michaela really reminded me how blessed I am to have this time to create and connect to people that I wouldn’t have had to if my life were anything but what it is right now.

Michaela herself is incredibly sweet, and kind, more than that she’s business savvy and pouring every bit of herself into this project, which is nothing short of inspiring.

When I look at the future of Comfortably Uncomfortable Conversations, I genuinely want a future for it, and I realize now that I am surrounding myself with women like Michaela, that it’s entirely possible to see that vision become a reality.

This is why what Michaela is doing is so important for younger women who are coming up like I did, not believing in themselves. She is proving that the impossible is absolutely possible, one step at a time.

One of the things we talked about was how Michaela thought that she was going to get married, have kids, and live that part of her dream after college, and I realized I felt the same way in my twenties.

Yes it took me longer, but I am exactly where I need to be, and I feel like I have a second chance to live the life that I was always supposed to be living. I wouldn’t have had that realization without Michaela’s help. If you get the opportunity to talk to this amazing person, you definitely should. If you’re bored and sitting at home with nothing to do….Reckless Behavior is waiting for you.