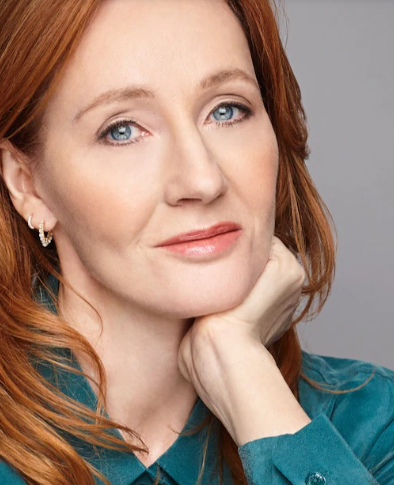 JK Rowling Pissed Me Off

There is a chance she’ll never read this, but I don’t care. I’m really angry because I am so distracted by what she said about Trans people and about intersectionality, that I can’t focus on what it is that I really want to say.

Originally this post was a self congratulatory post about how great I feel I am doing with my progress lately, but now it’s a post about the LGBTQ and their fight with arguably the most famous Author of our time.

I was apart of Anonymous – this is no secret. It’s also no secret that I am on a list somewhere of users who used IRC and communicated with bonified Hackers.

I don’t give a fuck. Being a part of Anonymous taught me a lot about how I see the world and the privilege that I’ve experienced however slight over my thirty-seven years of life.

Let me start this off by saying that I do not at all, in any way shape form or percentage agree with J.K. Rowling. I think she’s wrong.

Gender is at it’s core a fucking construct, created to separate the male and female energy from it’s unified form. In order to make the power of the male and the female, the ying and the yang less powerful.

I am biologically female, but the energy that I carry in my heart is very much male. I am a Dominant personality and I don’t take shit from anyone, which isn’t to say that women do, but I am mostly male energy. I know this because I feel it in my fucking heart.

That being said, I enjoy my female energy when I need to as well, which is to say that it is generally softer and more tender than my male / high energy darker side.

That’s how I define myself, as energy made up by particles that gathered from the fucking universe. I am a majickal amazing beautiful creature in the vessel the shape of which humans have designated Female/Woman.

I went through a long period of time wondering whether or not I wanted to be a guy, I never talked about it with anyone because it didn’t bother me that much. It was just something that I tossed around in my mind. I ultimately decided that I was happy with who society decided I should be.

So while I can never imagine what it feels like to be Trans, I do know what it is like to wonder if I was born in the right body. I don’t always take care of my self the way that I should, or the way that my self needs me to take care of me, but it is still mine and only I get to decide what to call me.

That’s a fucking privilege that I thank God for every single day, because I know there are billions of people who feel like me and don’t have that privilege because it’s taken away from them, largely as children.

For J.K. Rowling to actively talk down to the LGBTQ Community, specifically the Trans community, what she is doing is teaching a generation of children that it’s actually not okay to be who you are….in other words, J.K. Rowling has in effect become fucking Voldermort.

It took me a long time to realize the correlation between the Jews and the Nazi’s that her book is essentially a metaphor for. Once I did, I found I couldn’t pick it up again.

Don’t get me wrong I admire the fuck out of J.K. Rowling, she’s made the kind of career that I absolutely want, but she’s also become the worst version of herself and that pisses me off.

Right now there are legions of fans that are realizing the hatred that Rowling spews is not okay, and they are standing up against her an I have to tell you I stand with them.

I have to, not because it’s good business, but because it’s the right fucking thing to do. Look at our world right now, it’s in utter chaos. People everywhere are standing up against oppression and here’s one of my hero’s flaunting her privilege and being a part of the problem instead of the solution. What choice do I have as the Loud Mouth Brown Girl, but to say enough’s enough?

You’re wrong J.K. Rowling, you are absolutely in the wrong here and you need to step back before you really do become Voldermort, you’re separating your fans based on what’s between their legs at birth, and people are so much more than that.

We are beautiful powerful majickal creatures sent by the universe to stand against people like you and we’re not backing down and I am not going to quit supporting the Transgender Community because J.K. Fucking Rowling says that I should.

You Matter. Do better Rowling, the world deserves for you to learn your lessons here.

Sending all my love to the readers and the fans who have had their hearts broken recently,