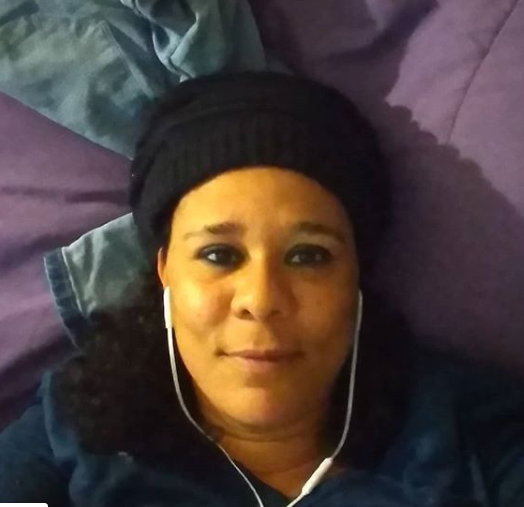 For Those That Need To Know…It’s Monday

Today I woke up to seeing someone tell a woman to change her hair color, because she looks better with Black hair than with red hair.

That woman was Mona Eltahawy, who is the last woman on this planet to do something because a man tells her to do it.

I find that incredibly inspiring because for years I was always the girl who did what I was told, by men specifically, I still am in many ways and am fighting against that mental state every day.

It is so frustrating that we’re all out here just trying to learn to be happy with who we are and what we have been given to work with in this world, and there is almost always someone else telling us that we’re doing it wrong.

I’ve compiled a short list of reasons that men have come up with for excusing rape and they are every bit as ridiculous as you would think they are.

I never wanted to be a feminist, I never wanted to be the kind of woman who burns her bra and says down with the patriarchy, for no other reason than it just seemed like a lot of work and effort. The older I get however the more I find myself asking my self, “how can you not be?” If I have to label myself I prefer to say that I am a woman who doesn’t like seeing other women being treated like shit.

The older I get the more I realize how antiquated my views about men and women are, and the more annoyed I get with men who breath.

I have one person who I talk to every now and then, he has my phone number, he has me on Facebook, Twitter and Instagram and he uses all four ways of communicating with me whenever possible to tell me what he’s doing with his life. Never, does he ask how I am doing, and even when he does it’s not because he cares, it’s because he’s finished talking about himself.

I genuinely dislike this person, but rather than tell them why I am so tired of hearing about what’s going on in their life when mine clearly means nothing to them, I up with the occasional DM because it’s not worth the battle that it would cause.

This person does not read my blog, connect to my work or support me in anyway and I cannot for the life of me understand why I don’t just cut communication off with them, and I think it’s because it’s a man and I am afraid of them.

We were raised in a society that normalized the crappy way women were treated by men. Our mothers and grandmothers were taught to hide their bruises instead of fighting back and fighting back often meant running away to another province just to escape the danger of trying to be themselves.

I grew up with violence in my childhood home, not only was it allowed it was encouraged by my mother’s boyfriend, I grew up feeling inferior for no other reason than I was born a girl. I grew up feeling like my feelings didn’t matter.

It is only recently that my feelings started to matter to me, which is why waking up to see a man tell a woman without being asked for his opinion, tell a woman what makes her look better pisses me the fuck off.

I’m over that, beyond over being told what I should look like. You may have noticed that I’ve gained a lot of weight in the last few months, and that’s largely because of the medication I am on that is supposed to suppress my anger and negative emotions.

It also suppresses my motivation to work out, it’s lead to depression because I was just starting to feel good about my body, and anxiety because none of my clothes fit, and oh yeah all the fucking stores are closed.

And the first thing I wake up to is a man offering his self admittedly un requested/desired/solicited opinion on a woman’s looks.

Shut the fuck up.

I cannot stress this enough, stop it. Stop telling a woman what would make her look “better”. Women have enough issues with their looks without men stepping in to tell us that when we’re finally happy with how we look it’s not enough.

I remember that I used to love dying my hair, I loved putting in the effort to make myself look pretty and I loved having purple hair, because as it faded it turned into a dark rainbow of beautiful colors.

But a guy told me I’d have to dye it back to normal if I wanted to spend any more time with him. Turns out he was a pansy ass little bitch, whose now terrified of me..so that works for me.

I’d rather men be absolutely terrified of my reaction, than to ever tell me whether or not they approve of how I wear my hair or what clothing I wear. I have enough issues without your thoughts, so again, when it comes to commenting on a woman’s looks, if you don’t have anything nice to say, keep your fucking mouth shut.