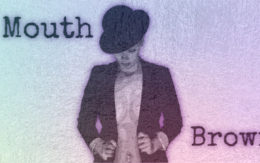 Now I get it 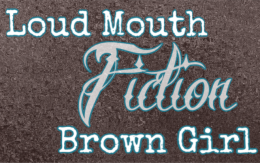 I am raising money for Love Letter supplies so I can hand deliver my love letters at the Pride events in Vancouver, New West and Surrey BC. If you’d like to contribute you can do so here.

How you gonna make any fucking money if you give the thing away? I hear those words and all I can say is I don’t give a fuck about the money. It’s not about the money it’s about the craft. So error’s and all this is the first chapter of The Book and it’s yours for free because I need your honest thoughts.

I have deliberately left it un-edited because I wanted you to see it as I see it, through a moment of unbridled passion for my craft…okay fuck that shit I fixed the fucking spelling mistakes, because I’m that kind of writer. Please leave your thoughts below:

The City of Vancouver if not equal to the City of Apples was most certainly the west’s version of the City of Lights.

There was never a dull moment in the surrounding streets of the famed Granville Street Bridge. The absolute place to be on a Friday or Saturday night in the city….the only acceptable place to be if you were anyone who might some day maybe be somebody.

It was one of the things that Siddha Lee Saint James loved most about the city, that and the fact that the view of from her apartment on the corner of Water and Cordova in the sacred Woodward building. Her brand new view was the ocean views from the Penthouse apartment inside the Woodward’s building.

For someone who was absolutely utterly afraid of heights literally nothing could have brought her less joy. Technically speaking she was supposed to work with and lead the Tribe from Surrey, British Columbia. However, her new Guardian Jason Rutherford Damascus had decided that strategically speaking it was a technical nightmare in terms of her new “security needs”.

The top of a seventy-seven foot fucking nightmare tower risen up from the seventh level of hell however was perfectly natural. She hadn’t slept in over two months, a fact her brand new make up artist, because all Queens must have fucking make up artists, person’s who were by the way forced to sign no less than seven different non disclosed forms, to ensure Siddha’s privacy, reminded her every three hours.

As the new Head of the Badis tribe, Siddha had been granted a seat at the sacred Table of Kris reserved for Elders. As her grandmother’s heir, the now Caramel colored Siddha Lee Saint James Badis Cavanaugh was now the heir to a secret seat as an official member of the oldest race known to man kind. Which was governed by the Sacred Kris, and oh yeah she was exactly twenty-three years fucking old. Lovely.

Siddha felt the panic rise in the back of her stomach as her fingers wound their way down the long navy blue and gold corset with it’s hand stitched crystals and real silver buttons hand polished for twenty minutes each. Minimum, she’d been assured, repeatedly by the aforementioned make up artist whose name Siddha couldn’t remember for the life of her.

Her light greenish gold eyes stared back at her from the mirror, her long black hair woven into a complicated figure eight braid with strings of beads and braid pulling back from her temples.

The corset was only the beginning of the dress, it was followed by a silky gowned train at the waist, ladend with diamond and ruby crystals smaller than a finger nail, hand sewn into the thousands of dollars worth of dress.

“You look stunning,” Jason said as he gazed into Siddha’s eyes, his own beard had been grown long and braided in the traditional Gypsy way, his eyes wrapped in coal to match hers, although she had tiny gold lines around her eyes where he had silver around his.

His long black hair was pulled tight to the back of his neck, “you look like a gentleman,” Siddha replied quietly as she gazed over her shoulder in her mirror, he cleared his throat gently. “They are calling for you,” he said softly as he lifted his arm, wrapped in what was obviously fancy and expensive black silk or cotton or who the fuck knew.

“I don’t want to do this,” Siddha whispered as she felt her lips covered by a hand covered in black gloves that hugged her flesh to the elbows, Jason felt his heart break in that moment, in that tiny insignificant otherwise moment that would have been spent curling up and pretending…”You have to. They need you,” Siddha felt her breath catch, her heart break, a literal crack that ran from one corner of her heart to the other as he stared at her, just above her head actually.

“I can’t stop you,” he said softly, he wouldn’t stop her…but nor would he join her. Jason Ford Damascus had three years left in the service of the Queen Roma, and when his time was done he’d leave her, he’d never made that a secret…but somehow this hurt far more.

Nodding her head quietly she cleared her throat and dotted at her eyes as carefully as possible before reapplying her bright red lipstick, nodding her head again she stood to her full five foot nine and a half inches and turned to Jason, steeling her eyes against his look of pity. That she would not have, “attend then,” she said whispering the traditional approval of his touching her to lead her carefully towards the ballroom as her official Guardian and Chaperon.

She could hear the sounds of heavy house and rap music coming from the ballroom as they made their way to the stairs, Siddha looked at Jason and frowned, “attend behind,” Siddha said firmly. As the Queen heir he couldn’t argue with her, and he understood, they both understood that their relationship had changed now. Again.

There would be no more sneaking off to spend time together, no more letting her, or himself fantasize about a different life for them. There was only Guardian and Protector, and Queen. That was it, the fucking trifecta, and it had happened so fast there would be no closer.

In terms of their stations the two would talk when they had to, the friendship that had come from travel and coexistence outside the confines of the tribe was over. They had accepted that long before they had started…whatever…but as he watched her, his beautiful Siddha walk down the bright red covered stairs into a full ballroom he couldn’t have been more proud.

Largely because that was what he’d decided that he would feel, he would choose his feelings because that was his right as a man, it was his desire for her to remain safe, to remain happy, and for the next three years he would see exactly to that. Without a shadow of a doubt the well trained former Ranger and Professional Fighter would protect the Queen, in the name of the Tribe.

And the further she walked away from him, the harder it was to continue believing that, until gunfire rang through the first doors of the Vancouver Club.

It wasn’t a well hidden club, and it was no secret that the Roma were partying enforce tonight, which should have kept them safer, not have put them all in more danger. There were thirteen tribes worth of Elders and families in this venue, over twelve hundred people from all over the world, from all walks of life who had been invited to the official Blessing Ceremony.

And there was exactly one who he couldn’t find, no matter how hard his eyes swam through the crowd filled with too much opulence, booze and far too little experience with what was happening here tonight.

As gunshots rang out, Jason ran down the stairs and got as many as he could up the stairs towards the fire exits as quickly as possible, but no matter how many people he got through, just as many fell to the ground, just as many wouldn’t or couldn’t get up. It was the moment that couldn’t happen here in Canada…and it had just fucking happened and the most important, wealthiest person in the room, was nowhere to be found.

Chris and Courtney....cutest couple.
Mom made a fabulous dinner tonight and I am so happy. I barely had to help she did it a herself. It was a nice break.
My aunt brought out the photos today. I remember this night. One of the worst of my entire life.
I'm adorable sometimes
Mom bought this for me as a reminder
The Whalley improvement association hosted their second annual craft fair for Christmas today.