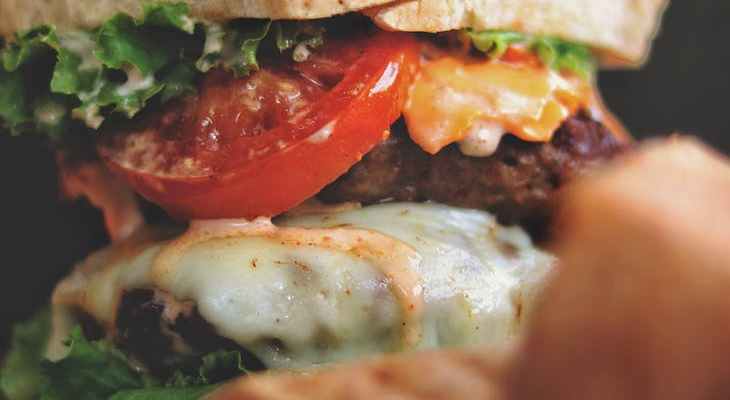 In this post I am taking on anyone who fat shames people, because I am fucking sick and tired of it, so if that offends you, good, keep reading. If not then you should also keep reading and remind yourself that your body weight doesn’t define your greatness.

The original tweet that I saw this post in pretty much sums up my thoughts, but because this fucking stupid ass back water redneck opinion piece hits a nerve I’m going to fucking talk about it, savvy? Savvy.

Who the fuck wrote this shit?! Someone who LITERALLY doesn’t know how the human body works, and is clearly only saying something so stupid as to get a rise out of people like me, which is fine, sure we can go back and forth about how stupid you are all day, that’s not the problem.

Adele lost weight because Adele had reasons to lose weight, and ever since she showed herself this past summer with her “new body” (WHICH IS THE EXACT SAME BODY SHE WAS BORN INTO FOR FUCK SAKES) the only articles I’ve seen are about her weight.

Do you know what Adele is passionate about? Do you know what charities she supports? Do you know what kinds of socks she likes to wear when she walks around naked? No, and do you know why? BECAUSE NO ONE GIVES A FUCK. All y’all care about is how her music makes you feel and whether or not her body size is appropriate to the way you THINK she should look and y’all need to fuck off.

When Lizzo went to a basketball game everyone lost their collective minds because her beautiful fat ass broke the fucking internet, when Kim Kardashian did it she was stealing from Black culture, like y’all will find ANY reason to force a woman to feel ashamed of her body, of the color of her skin, her hair, her teeth, WHATEVER you can latch onto that will destroy parts of herself to make you happy. And you’ll get paid to do it without batting an eye, y’all make me sick.

There is not a woman on the planet, trans, cis, or otherwise, who doesn’t understand what it feels like to look in the mirror and think “Fuck, I’m so fucking ugly. I was cuter when…” When what? When you were appealing to people who literally turned their back on you and rolled their eyes because you dared to cut your hair?

Was that what made you beautiful? Because I gotta tell you, I remember those days and you were ugly as fuck, and so was I.

You were angry all the time, you were cranky and stressed, and you hated being around everyone and so you drank yourself nearly to death in a club full of people who tried to murder you. Baby, you’re free, and you’re gorgeous now!

Also the Photographer: NOW CHANGE EVERYTHING ABOUT HER FOR FINAL PRINT.

I remember days when all I did was drink coffee and smoke to get through the day and by the end of the day I’d be so tired that the only thing I had energy to do was get dressed up, go sit in a strip club and drink until I was ready to sleep. That was fucking U.G.L.Y. It wasn’t pretty at all, and the faker my smile got the angrier I got about everything in my day life. Guess what? I’m fatter than I have ever been and honestly? It’s beautiful.

I don’t wear makeup because I have no desire or need to hide my face behind pounds of crap that make me feel uncomfortable, now I eat when I need to, I walk when I want to and when I am aware of it, I try to make a concentrated on eating marginally healthy. YES I have FAR too many bacon and pancake platters from McDonald’s each week, HOWEVER, I also pepper that with salads and fish and healthier meals for lunch or dinner.

So yeah I work hard at doing what I gotta do to maintain a balance that works for me, but NOT because the entire world is staring at the size of my ass in awe, and thank the Gods I don’t have that kind of pressure, because honestly? I don’t think I could survive it.

Back in the “old days,” and I mean largely before the 19th century, men specifically picked their women based on three things:

In those days women who were plump were actually more valued because they were expected to birth heirs, they didn’t need to be overly pretty, but the fact that they were bigger sized was believed to mean that they had more money than their skinny counterparts.

Anorexia actually developed through women who were tired of being told what to do all the time, and eventually started controlling their food intake as a way of taking back control over their lives, and all of that bullshit stems from women being told to be something that they were NEVER born to be.

I don’t understand why I’m not making millions of dollars because I’m giving this away for free, are you ready?

STOP GIVING EMOTIONAL FUCKS ABOUT WHAT MEN SAY ABOUT YOUR BODIES.

Women – all women everywhere in every dimension and every universe, are destined for greatness. We are descended from Goddesses, muses, faeries, and all the majickal creatures you can possibly imagine, our power is OURS and no one has the right to get paid to talk about whether or not the size of our ass dictates what our fucking vocal cords can do. ESPECIALLY and I cannot stress this enough, because they are in two COMPLETELY different parts of the body and one rarely affects what the other is doing.

I cannot think of two less connected muscles than the ass cheeks and the vocal cords, but maybe that’s because I paid attention in science class, and I am fully aware that some of my teachers had great voices and were massively overweight, and others sounded like a car being dragged through a pipe at a hundred miles an hour while on fire.

Not a single one of these women however, were unable to do their jobs, which was teach, because they were too fat or too skinny. They were assholes mostly but again very little to do with the size of their bodies, and EVERYTHING to do with the way they were treated, raised, and conditioned to be.

A lot of talk has been happening about “Cancel Culture,” and I’m sorry but I just don’t see how you getting paid to destroy the self esteem of children who read your bullshit, while you simultaniously tsk your tongue at social media apps for doing the same thing, provides a positive effect on the world.

We’ve been as a society talking about changing stigmas on this and that and all the things for centuries, and yet from what I’ve learned about the history of our planet and the people who came before, we are absolutely no different than we used to be.

Genetics have changed so much in the last two million years, and yet the one thing that remains is that we’re all expected to live up to the exact same standards. That’s just not realistic, it’s not going to happen, and the more that we continue to perpetuate these hard to live by standards the more that we’re going to see more and more women end their life because the very idea of death is better than the reality of living on a planet that hates you.

The color of our skin, race, creed, nationality, size, orientation, and all the other fucking stupid ass labels we attach to each other, needs to go. We all need to just stare at each other in the eyes for five minutes and get to know the people BEHIND the mask that covers our souls, because I bet we’d find we have a lot more in common than not.

When I was sixteen I swore that I’d never watch or read about celebrities and their bullshit again, but as I got older it became a soothing noise breaker in the back of my mind, especially when I was writing. TMZ used to be the place for drama and trauma of celebrities, but through 2021 they became a serious news organization talking about racism, colorism, and the murders of too many Black folk for us to sit here and name because every ten minutes another gets added to the list.

If TMZ can find it’s soul, then the people writing crap about how Adele losing weight didn’t stop her from being a living breathing Goddess in the body of a human who sings like an angel can certainly shut the fuck up and find more important and interesting ways to entertain the masses. Get a soul, it’ll do your body good.

Sending all my middle fingers to asshole writers who get paid to do half ass jobs,

If you’d like to help me continue to build Loud Mouth Brown Girl, please consider donating by clicking this link to head on over to Go Fund Me to Donate to help keep the growth growing.

Get Your Tickets Today

The Goddess Sessions staring Allison Gaines, Devon J Hall, and Renita Quirls take place on February 10th, 2022. Each ticket invites you to sit at our table and discuss all the topics we’ve been holding onto. So come join us, Tickets are free.

The Loud Mouth Brown Girl Shop #604North is OPEN again and while we only have the Stay Lifted Sis collection currently, many more are on the way in the coming months.

Uncomfortable is an Uncomfortable read of un-edited essays written by the Loud Mouth Brown Girl, during the start of the 2020-2021 pandemic era on planet earth. It’s a difficult read filled with reminders that no matter how much the universe tries to squish us, we keep pushing through and moving forward to become our best selves. Grab a copy from Amazon on Kindle or Hardcopy Here.

Processing…
Success! You're on the list.
Whoops! There was an error and we couldn't process your subscription. Please reload the page and try again.