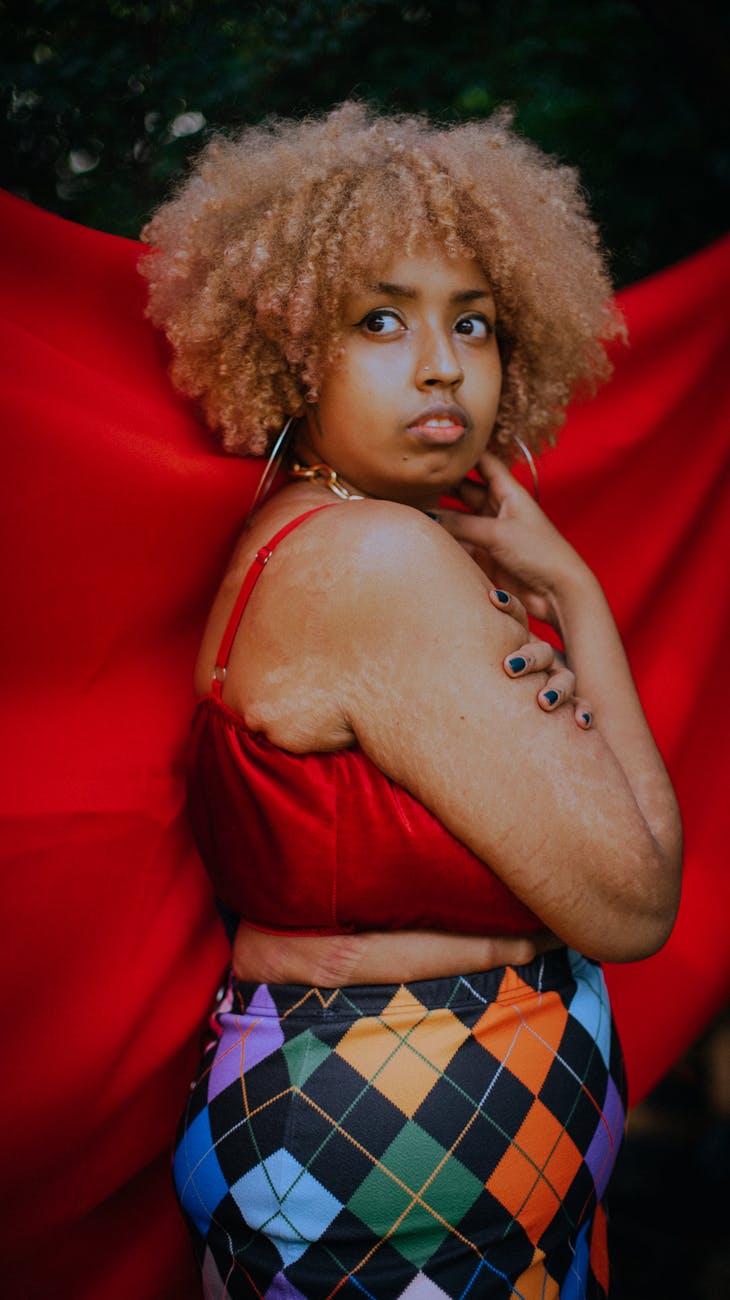 First of all I don’t give a flying fuck what guys think about what I wear, or what I don’t wear and neither should you.

HOWEVER, just because we shouldn’t have to care about what other people think about our looks, and our clothing, doesn’t mean that they aren’t going to have something to say, and that’s the part that I want to focus on today.

People have the right to say whatever the hell they want, even if it’s hurtful or disgusting, the fact that they have the right to say whatever they want, doesn’t change. HOWEVER, some people will take the idea of free speech too far and use speech as a weapon, and if you aren’t emotionally prepared to deal with that weapon, then it can cause problems for you, that you don’t know how to handle.

That can be really scary, sometimes words really do hit like a sack of bricks, or a knife, and we can be completely overwhelmed with the idea that someone would take one look at you, and then not only make a judgement on you based on what you look like and what you wear, but actually have the nerve to say that shit?

Some of us look at the things people say and go “how can you say that?” and that’s because we forget that the way WE see the world, isn’t the way that those around us often see the world, and that perception can change for a variety of reasons.

Education goes a long way to showing people that we should be allowed to be and wear whatever we want, but that doesn’t change the fact that the way that people were raised, and the education they received is vastly different from our own.

Some people grew up in a house where they were told wearing skirts was evil, that they were “asking” to be abused because they dared to show their ankles. It doesn’t make it true, but years of brainwashing can convince some girls that if they have been abused it’s their fault because of what they wear.

Part of finding yourself is about rooting out the bullshit from the reality and that can take a lot of work, so when we’re getting dressed yes we do take into consideration:

The answer to these questions will change for everyone, but it’s something that a lot of us think about when we get dressed in the morning, or you know…if? (Pandemic I’ve been wearing the same clothes for three days.)

Respecting your body isn’t just about what you wear, it’s about your tattoos, your desire to cut yourself…and on and on it goes. There are so many factors that come into answering the question “how do I make this body feel like it belongs to me?” I struggle with body image a lot, and not just whether or not people see me a certain way, but whether or not my body feels like it is “mine” and mine alone.

That’s largely because I’ve got decades worth of memories where men tried to make me think that MY body was THEIR playground. Even when I was getting tattoos, my tattoos were more about not wanting to have scars, because each and every one of my scars reminds me of a time that I was sexually abused, assaulted, or raped, and wasn’t ready to deal with it emotionally.

Tattoos are my way of dealing with my emotional pain and some of my tattoos are my best friends and protectors, others are quiet reminders that I was going through something and no one was noticing except for me.

So when it comes to what to do with your body, just be aware that you have to think about the fact that you WILL need to be emotionally prepared to deal with the response you get. If you can honestly handle it in a safe and healthy way then I say go for it, do whatever the fuck you want, showcase YOUR body in a way that makes YOU happy.

Wear the clothes, get the tattoos, dye the hair, celebrate and decorate your body any and every way that you feel you need to so that you can feel emotionally connected to yourself, and don’t let yourself give a fuck about the fact that other people might have shit to say.

HOWEVER, if you discover that you weren’t as emotionally prepared as you thought for the response you got? I’ll be here to support you. I just wanted you to know that.