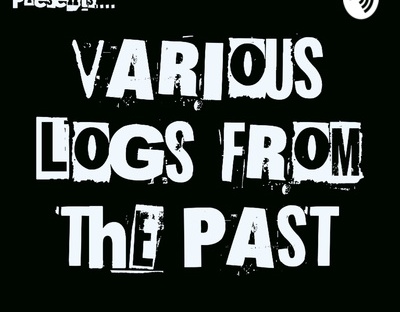 Y’all know my story. I was raped a lot, sexually abused a lot, by men in my communities growing up. Then I was arrested for having a panic attack, and started doing a deep emotional dive into my psyche that I was able to accomplish through copious amounts of the herb marijuana.

My story is powerful. When I think about it from an outsider’s perspective, I see a survivor, a fighter, a warrior who refused to give up even and especially when, people told her that she should, the past versions of myself kept fighting so that this version could exist.

Recently I reached out to one of my podcasting groups and asked if anyone would be interested in having me on their show, largely because I want to talk about my story, but also because I want to network with other podcasters and have them on my show.

I want to help build up this amazing community of story tellers. One person in particular reached out to me, and I started listening to his podcast today. It’s called Richie Rambo Presents Various Logs From The Past.

It starts with Richie talking about how he didn’t know his father, and how he didn’t have anyone to teach him from a man’s perspective growing up. He had his mom and his brothers, and now he’s talking about trying to be a better father for his kids.

That’s a reoccurring theme in a lot of stories that I hear, which is why it’s so relateable. Lots of people around the world can understand what it’s like to get to go on the adventure of a life time, or lose a parent.

The stories are short, but Richie promises that they will get longer. People started sending in their own stories shortly after he got started, and now he’s adding guests to his show, and the stories will grow in length.

The cool thing about Richie’s show is that he produces everything himself, like a lot of podcasters, the stories that he shares come from the heart, and he does the best he can to highlight them with soft music which gives a feeling of warmth and joy as you’re listening to them.

I look forward to sending in my own show story, as soon as I get comfortable talking to myself out loud again.